Israeli PM sees both Hamas, Fatah as ‘moving away from peace’. Shame

Elliott Abrams, Senior Fellow for Middle Eastern Studies, at the Council on Foreign Relations, metaphorically shakes his head at the unrelenting odiousness of Hamas in his blog. Why he cries, in honest despair, would “anyone who seeks peace promote reconciliation between Fatah and Hamas and seek to bring Hamas into the governing of the PLO and the Palestinian Authority.”. 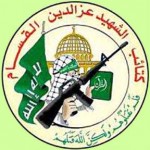 To which I have just this to say. It may be worth adding this gem from Benjamin Netanyahu to the two quotes Mr Abrams offers from Mahmoud al-Zahhar and Khaled Meshal respectively:

“We can see half of Palestinian society overtaken by radical Islamists supported by Iran, and the other half is moving away from peace with unilateral resolutions at the U.N….(the UN vote showed that) “the Palestinians want a Palestinian state without peace…there’s no value to making agreements for peace, because when the other side violates it, nobody will hold them accountable…That is the root cause of the conflict: the unwillingness to make peace with Israel in any borders. … I would make peace in a heartbeat with Abu Mazen if he wanted peace, but he went to the UN. His speech in the U.N. was not the speech of a man who wants peace. It was terrible incitement, full of venom. It wasn’t the way that a leader speaks to his people preparing them for peace.”

But what on earth could Netanyahu mean when he talks of half of Palestinian society having been taken over by radical Islamists (ie , Hamas, which preaches violence) and the other half pushing resolutions at the UN (Abbas’ faction, Fatah, which has embraced nonviolence)? Clearly, he means that he sees no difference between the two and that Palestinians who propose “unilateral resolutions” at the UN are like those who launch missiles – both are “moving away from peace.”

Like Mr Abrams, one is reduced to much metaphorical head-shaking.