A busy, mind-bender of a week for the Bhutanese King.Or is it? Jigme Khesar Namgyel Wangchuck meets India’s National Security Advisor Shivshankar Menon on Monday, January 28 and Indian Army Chief Bikram Singh later that day. The only issue for discussion is China’s new desire to have diplomatic relations with its tiny neighbour. After decades of having Bhutan pretty much to itself, India is unsurprisingly concerned about loss of influence in its backyard.

The signs have been a long time coming. After it became a member of the United Nations (1971), Bhutan started to make small overtures to China. In 1974, it invited the Chinese ambassador in India to attend the coronation of King Jigme Singye Wangchuk. In 1983, the two foreign ministers discussed the establishment of bilateral relations, albeit in New York. Relations continued to improve till 1998 but have been suspended in wintry animation since then. It fell to Chinese premier Wen Jiabao to press restart on the relationship when he told his Bhutanese counterpart on the sidelines of a UN conference that diplomatic relations were in order. 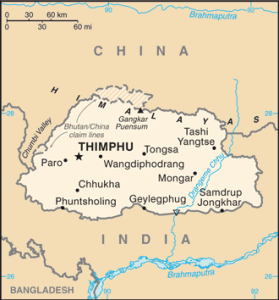 The Indians are suspicious. India’s borders meet those of Bhutan and China near the Siliguri corridor and it is wary of Chinese blandishments and bluff.But as a former Indian ambassador to Bhutan once said, there is little reason to worry and every reason to plan for the long term. Back in 2008, ambassador Dalip Mehta prophesied that Bhutan and China would certainly have a relationship at some point some. “It is a geographic inevitability.”

Did they listen and plan for it? If only foreign policy were so strategically pursued.