So hungry I could eat a horse, just not a Findus lassagne

Whoa. Horses for courses. Not in England, you don’t, except if you race the noble creatures, bet on them or, like the late Harold Wilson, are minded to offer politically astute advice.  In 1970s British politics, said the two-term prime minister, it was wise to adhere to “the doctrine of horses for courses (ie) the special knowledge of individual ministers”.

England’s revulsion to horse meat (and frogs’ legs) and France’s partiality for both arguably widens the gulf between the two countries so much further than the Strait of Dover.

In France, horsemeat, viande de cheval, is sold legally and eaten with great appreciation of its low-fat, high-protein, slightly sweet tenderness. Reportedly, at least 15 “chevalines” – butchers selling horsemeat – are to be found in Paris. 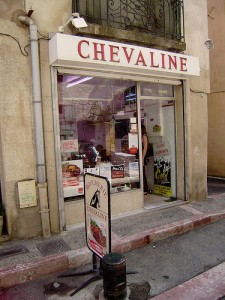 But the English traditionally don’t like horses – on their dinner plates. There’s deep cultural revulsion to eating a magnificent animal that’s often a friend, a companion, the best bet at the races or simply offers a jolly afternoon of active sport.

So to the wave of disgust sweeping the UK over the revelation it was unknowingly eating horsemeat almost every time it bought a frozen lasagna or any other ready meal supposedly containing beef. A company based in north-eastern France has owned up and Findus, a popular brand of frozen ‘beef’ lassagne (some of which contained nothing but horsemeat) is pulling a long face, as the joke goes and the controversy enters its second furlong.

The furore seems to have little to do with health concerns or any known medical reason other than a very peripheral one about a drug given to horses – known as bute  (phenylbutazone). It is supposed to be dangerous when used by humans.  But, there’s no reason to assume the horses showing up for British courses were liberally dosed with bute. There’s no suggestion that the horsemeat-chomping French are dropping like flies as a consequence of their chevaline habit. Presumably, Comigel, the French firm that’s been sneaking horsemeat into the lassagnes eaten by Britain and 14 other countries, knew what it was doing and used nothing but the best.

But there hangs a tale. Or a tail. 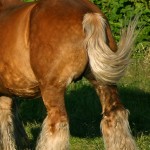 And one that we do not yet know entirely. No one can understand why Comigel and some of its suppliers would use horsemeat instead of beef. The authoritative Financial Times intones that horsemeat costs “about one-sixth the price of beef” because there is no demand for it but that doesn’t really square with the fact that horsemeat can cost more than beef on the continent. Foreign Policy, that venerable fount of all wisdom, quotes the Humane Society International to say that over 200,000 horses are slaughtered for their meat every year in the European Union.

But, for Britain – and the US and Ireland – horsemeat remains almost as disgusting as pork to a Muslim. That said, it’s unlikely most Muslims would ever say “so hungry I could eat a pig” to signify extreme hunger in the way that the Brits and Americans (and much of the Anglophone world) would say of the equine as the viand of last resort. Perhaps after this, one might say, “so hungry I could eat a horse, just not a Findus lasagne.”