UN: Sorry about Haiti’s cholera but not paying out 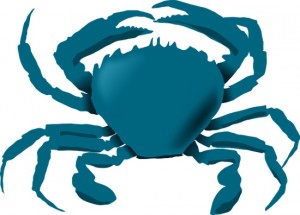 The United Nations has announced that it has no liability for claims lodged against it for the world’s worst cholera epidemic, which broke out in Haiti 28 months ago.

UN Secretary General Ban ki Moon telephoned Haiti’s President Martelly on Thursday with the news that the UN was not willing to compensate the claimants.

The Haitian government is not a party to the lawsuit filed on behalf of 5,000 claimants in November 2011 by the Institute for Justice and Democracy in Haiti (IJDH), a US-based group of lawyers.

“Today, the United Nations advised the claimants’ representatives that the claims are not receivable pursuant to Section 29 of the Convention on the Privileges and Immunities of the United Nations,” the spokesperson for the Secretary-general on Haiti, said in a statement.

“The United Nations can’t have humanity and impunity at the same time,” said Haitian lawyer Mario Joseph, who plans to travel from Port au Prince to the worst-affected Artibonite department to tell the victims about Thursday’s UN statement. Joseph, who works with IJDH’s Haiti-headquartered office Bureaux des Avocats Internationaux (BAI), is the lead counsel for the 5,000 victims on whose behalf IJDH filed the lawsuit.

“They still do not know what the UN has said, they live in the countryside. But I will travel there over the weekend and tell them and I know that they will want us to fight for justice from the UN,” he said.

“The people who get cholera in Haiti, by definition, don’t have cellphones,” said Brian Concannon of the IJDHaiti, in a telling reference to the socio-economic profile of the majority of those affected.

Even though there are fewer cases being reported, the fear of infection remains high. Jo, who returned to his Port au Prince home on Thursday after a week in hospital, said he thought he had cholera. “I was frightened I had it, but they found out it was food-poisoning.”

Nicole Philips, of BAI, said they were “not surprised by this at all. It’s all very political.”

The news came on what many might have considered a good day to bury bad news, when media attention was focussed on a scheduled court hearing in the Haitian capital to decide if former dictator Jean Claude ‘Baby Doc’ Duvalier could be charged with crimes against humanity.The UN’s determination comes despite medical research, including full genome sequencing on the strain of cholera found in Haiti, which identified UN peacekeepers from Nepal as the source of the disease.

Cholera broke out in Haiti in Octo­ber 2010 and the UN subsequently accepted that inadequate sanitation at its barracks in Mirebalais, 60 km northeast of the capital Port au Prince, might have been a possible source of the bacterium.

The lawsuit sought “the instal­la­tion of a national water and san­i­ta­tion sys­tem that will con­trol the epidemic, com­pen­sa­tion for indi­vid­ual vic­tims of cholera for their losses and a pub­lic apol­ogy from the United Nations for its wrong­ful acts.”

“If this had been a corporation and if it had been an environmental spill then there would have been liability,” Philips said.