Haiti weeps for the emperor of the grand gesture

My blog, The Guardian: 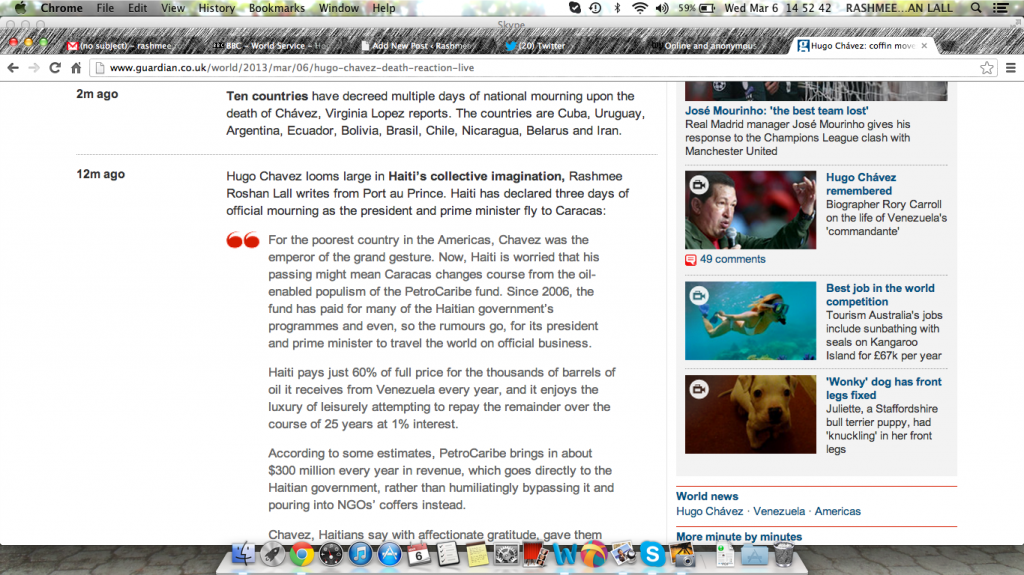 For the poorest country in the Americas, Chavez was the emperor of the grand gesture. Now, Haiti is worried that his passing might mean Caracas changes course from the oil-enabled populism of the PetroCaribe fund. Since 2006, the fund has paid for many of the Haitian government’s programmes and even, so the rumours go, for its president and prime minister to travel the world on official business.

Haiti pays just 60% of full price for the thousands of barrels of oil it receives from Venezuela every year, and it enjoys the luxury of leisurely attempting to repay the remainder over the course of 25 years at 1% interest.

According to some estimates, PetroCaribe brings in about $300 million every year in revenue, which goes directly to the Haitian government, rather than humiliatingly bypassing it and pouring into NGOs’ coffers instead.

Chavez, Haitians say with affectionate gratitude, gave them dignity and more importantly, perhaps, the money to behave as such. And build electricity grids, music institutes and sundry other necessaries besides. Unsurprising then, the strength of the emotion here in Haiti over news of Chavez passing.