Staying in for a curry in Port au Prince, Haiti

It being Sunday, we’ve been cooking up an Indian storm – arhar dal, matar wale chawal, keema fry and aloo simla mirch. That’s yellow lentils, rice and green peas, fried minced beef and potatoes and green peppers. It’s the sort of storm that blows you straight back into the past and the smorgasbord of savoury memories of childhood treats, more recent meals with family and friends, culinary experiments – successes and failures.

I suppose almost everything we cooked was heavily influenced by my north Indian habits – that taste for cumin seeds and thick yellow lentils with slivers of ginger and tomatoes, the stir-fried mince flavoured with cracked peppercorns and coriander seeds and aromatic with one finely chopped onion and half a head of garlic. 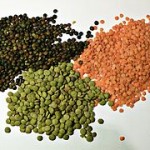 But our plates represented the world, for all that it was an Indian meal – no one would have cooked aloo simla mirch without the potatoes having been brought to India by the Portuguese. Ditto for lentils with tomatoes. Again, the chillis we used the whole way through only became part of the Indian food repertoire because they were introduced to the sub-continent from the New World by colonial powers.

Here in Port au Prince, it’s charming to see – and taste – the monthly Indian buffet put on by a local restaurant. That’s Quartier Latin, which Lonely Planet mentions as one of those rare and relaxed places that encourage “diners to write reviews and other messages on the walls at the entrance.”

The very fact that an Indian buffet exists at all in Haiti,  is a good story, an illustration of the chutnification of our world. Take one Indian businessman in Haiti with a hankering for food from home. Add one Haitian cook willing to learn a faraway cuisine. Scatter her services – and food – around, namely by offering it to a prominent restaurant on a regular basis. The cook is well rewarded; the locals eat well and Port au Prince becomes so much more cosmopolitan.