Where on earth is #Snowden? Those who may know pled ‘no’ 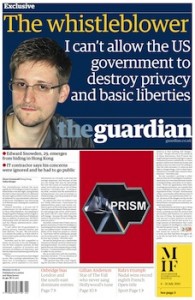 The only ones who profess to know are White House spokesman Jay Carney and Wikileaks founder Julian Assange.

“It is our understanding that Mr Snowden remains in Russia,” Mr Carney said earlier today.

“He is safe and healthy,” Mr Assange said in a conference call with reporters, garnishing with scant, eagerly-absorbed detail, hitherto-bald accounts of Snowden’s journey from Hong Kong to Moscow.

Meanwhile, the Ecuadoreans pled not to know and the Russians seemed to prefer not to say.

Ricardo Patino, Ecuador’s foreign minister, said he was unable to clear up the mystery about Snowden’s whereabouts. “We are in contact with the Russian government, but this specific information about this precise situation of Edward Snowden, we cannot give it to you right now, because we don’t have it,” he said. Perhaps it was an accurate statement of facts at that precise moment rather than an overview of the situation.

If anyone would know Mr Snowden’s whereabouts, it would be Mr Patino. Ecuador has publicly expressed cautious sympathy for the NSA whistleblower and promised to consider granting political asylum. It is a spirited stance that has become something of a hallmark of Ecuador’s President Rafael Correa.

In April 2011, Quito expelled US ambassador Heather Hodges after WikiLeaks released a diplomatic cable in which she suggested that President Correa appointed a new police chief despite knowing he was corrupt. In 2012, the Ecuador’s London embassy provided a haven to Mr Assange from prosecution in Sweden, even though President Correa knew this would annoy the US enormously because of the State Department cables published by Wikileaks.

Ecuador seems to be willing to defy its giant neighbour to the north. In so doing, the Andean nation has shown that small countries have “the capacity to take action in the international arena,” says Michel Levi, a foreign policy expert at the Andina University of Quito.

This cycle of defiant action could continue to 2018. Mr Correa was re-elected just this February.