Is Mandela’s daughter’s rage really about absent dad, father of a nation? 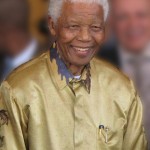 All too often has Nelson Mandela been called ‘South Africa’s Gandhi’. Now, as he lies critically ill and fading in hospital, the tangled emotions of Mr Mandela’s eldest child seem to mirror those of the Mahatma’s son Harilal.

First, a caveat. Makaziwe, Mr Mandela’s oldest daughter (from the first of his three marriages) is very different from Harilal, a despairing alcoholic ne’er-do-well, who experimented with faiths and ideas in the way the rest of us change our socks. In contrast, Makaziwe Mandela has a doctorate in anthropology, has held senior posts at the University of the Witwatersrand and the Development Bank of Southern Africa, and has successfully re-invented herself as a corporate figure.

How to explain Makaziwe’s extraordinary outburst on Thursday, letting fly at the “racist element” of the foreign media waiting outside the hospital, even as she drew from the sort of indicators journalists use to summarize people: “…my dad is a global icon, one of the 25 most influential people of the 20th century”? Surely, Makaziwe, the anthropologist, knows there is little that is racist about 24/7 media interest? The media is an equal-opportunities offender when it comes to staking out an unfolding story.

Nerves and grief might be part of the reason for Makaziwe’s intemperate outburst, but it also sounds a little like proprietorial ire. As well as a lingering sadness about yet again, having to share the father she once said she never really had?

“He was an absent dad,” she said back in 2010, acknowledging that she struggled for years with feelings of anger and abandonment and that her older brothers Thembi (who died in a car crash in 1969) and Makgatho (who died of an AIDS-related illness in 2005) felt much the same.

In 2010, she described her father as follows: “Nelson has an aloofness. When I was eight and he was in hiding, we used to walk together through the forest and we were close, we talked and were silent together, and it’s a good memory.  That’s probably the closest I ever was to him but he was never there for me really… Of course there are moments when I’ve been sitting on the couch with him and given him a hug and said, ‘I love you, Dad’. But he’s a politician, that’s where his energy has always been, in politics not in his family.”

Her words have a sad resonance in the  story of Harilal Gandhi’s troubled relationship with the father of the Indian nation, who was, by some accounts, not much of a dad either. The 2007 film, Gandhi, My Father , attempted to depict the strained equation.