World is silent as the Sphinx over Egypt’s militocracy 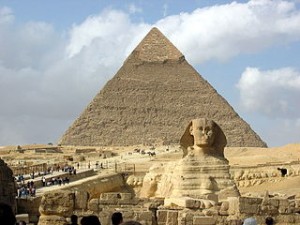 To too many, in too many parts of the world, Cairo, July 3, 2013 brings back memories that would have better stayed buried.

The world (except for the African Union) has stood by, mute and unmoving, as a democratically elected president was forced from office by the army.

It is hard to see how political Islam can retain its trust in seeking – and holding – the power that comes from the ballot box.

As The New York Times reports, “from Benghazi to Abu Dhabi Islamists are drawing lessons from Mr Morsi’s ouster that could shape political Islam for a generation. For some, it demonstrated the futility of democracy in a world dominated by Western powers and their client states.”

In Benghazi, says the paper, Sheik Mohamed Abu Sidra acknowledges that Mr Morsi’s overthrow makes it that much harder to persuade Islamist militias to put down their weapons. The influential ultraconservative leader is quoted to say, “I have been saying all along, ‘If you want to build Shariah law, come to elections.’ Now they will just say, ‘Look at Egypt,’ and you don’t need to say anything else.”

What might they turn to instead? They may retreat deeper into an interpretation of Islam  that causes practice to diverge even more sharply from the West and non-Muslim ideas about democracy, governance and representation.

As the Muslim Brotherhood’s simplest and strongest slogan goes, right from its early days when it was founded by charismatic schoolteacher and preacher Hassan al-Banna, ‘Islam is the solution’.