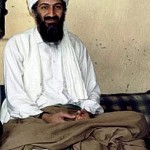 There’s a certain made-for-Hollywood quality about Pakistan’s damn-us-damn-them-all report on Osama bin Laden’s long years of residence in Abbotabad and the US Navy Seal raid that eventually killed him on Pakistani soil.

Details such as the revelation that the world’s most wanted man wore a cowboy hat as protection from the sky’s prying eyes. That he awarded ‘best vegetable’  prizes to the gaggle of children and grandchildren on the compound. (Sans TV, internet, telephone or playmates, for security reasons, the children were virtually incarcerated). And that the Pakistani Air Force learned about the US raid from a television news report about the American helicopter crash that night.

But who leaked the report, prepared by the four-member Abbottabad Commission, which spent two years studying the raid and interviewed more than 200 people? A BBC correspondent has been on air detailing that it was being hawked around for a lot of money and that the Beeb refused to pay for information. Eventually, it wound up with al-Jazeera.

Whose interest was it in that the report appear?

Pakistan’s perhaps? Its mea culpa – the bile at itself – for failing to detect the presence in the country of bin Laden – helps downplay its previous public anger at the US.

That said, encouragingly (for Pakistan in the long term) the report points to intelligence failures among Pakistan’s security forces and says these were “rooted in political irresponsibility.”

There’s a pervasive sense of a failing state wanting to heal itself. Hard to be sure it’s not made-for-Hollywood histrionics.