Expats vs immigrants: All roads lead to home 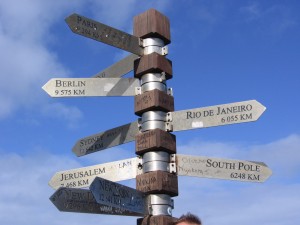 Someone once wrote (tongue-in-cheek but probably only half in jest) that there are three categories of globetrotters: expats, immigrants and illegal immigrants. Expats are the elite; immigrants are middle class and illegal migrants poor.

It’s an interesting definition, relying more on perception than reality. The dictionary, of course, distinguishes differently between expats and immigrants. Unlike the immigrant, an expat does not move to another country permanently.

Considering I’m both expat and immigrant, it’s interesting to explore the faultline. But I think Ben Groundwater got it pretty much right in this piece in Australia’s ‘The Age’. He captures some of the Bright Young Thing aura that enfolds the expat, whatever their age or characteristics.

“Want to make friends? Move to another country. Maybe somewhere third world,” Mr Groundwater suggests at the outset, going on to describe the incredible friendliness, adventurousness and sense of fun displayed by the typical expat.

He’s not wrong though it is rather bad luck that he sunnily recommends such global mobility in the very week the Australian government pulled up the drawbridges for asylum-seekers in boats. But that’s hardly Mr Groundwater’s fault.

So to expat philosophy and reality. Mr Groundwater says the process of expat accretion is natural, automatic and incredibly fast. “…You will end up with a large group of some of the best friends you’ve ever had, and they’ll all be fellow expats. This process will take about a week,” he writes, commending the “refreshing lack of pretension among expat communities.” He saves the best for last. “…The more dangerous a country is, the friendlier its expat population will be.”

It’s not worth it though, said Ernest Hemingway. If you’re an expatriate, he wrote, “you’ve lost touch with the soil. You get precious. Fake European standards have ruined you. You drink yourself to death. You become obsessed with sex. You spend all your time talking, not working. You are an expatriate, see? You hang around cafes.”

Better to be an immigrant?