The Brunswick strangler: A slithery specimen believe it or not 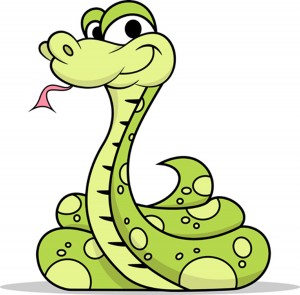 There are many who see much good in all God’s creatures, including the snake. Robert Frost applauded the reptile for standing up “for evil in the Garden”. Back around 300 BC, the Indian strategic thinker Chanakya was commending the snake’s natural deterrent potential. Even if it is not venomous, it should pretend to be so, he counselled.

But what of a snake that is a casual murderer, a slayer of little boys? An African rock python – all 100 lbs of it – has been put down after allegedly strangling two small boys in New Brunswick, Canada.

Though snake experts are shaking their heads in disbelief at what is alleged to have occurred, the snake was not given the benefit of the doubt.  It was promptly despatched to meet its maker after its apparent unmasking as a murderer.

The 14-ft python is said to have escaped from an exotic pet store, above which slept the two unfortunate little boys. They were visiting the son of the pet store owner, who had the python 10 years. The store owner said the snake somehow escaped from its enclosure, before entering a ventilation duct and falling into the living room where the boys were sleeping. His son who was sleeping in another room was unharmed.

This might simply be another story straight out of Ripley’s Believe it or not except for the doubts voiced by snake experts. They say the rock python might kill if it meant to eat its prey and would hardly move on from child to child, killing silently and efficiently, like a reptilian mass murderer.