Dear America, How dare you say we don’t get the joke?We live it.From Xinhua 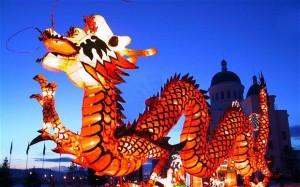 Greetings from Xinhua and the People’s Daily.

We’re writing together because we think it’s pointless to duplicate this letter.

(Please note that simply repeating something over and over doesn’t make it more important – or true.) Your news outlets continue to repeat that we really really believed Andy Borowitz when he wrote that Amazon founder Jeff Bezos clicked on Washington Post by mistake.

How absurd can your media be.

Mr Fisher says that “on Thursday, the state-run Xinhua news agency translated into Chinese a heavily satirical story from NewYorker.com on the sale, running it as fact. The story was dutifully re-reported by People’s Daily Online and other Chinese media outlets.”

Why does he say we ran it as fact? Because we didn’t say it was satire? Well, neither does the New Yorker every day that it runs The Borowitz Report.

Things seem so much funnier when they masquerade as fact. (Check out The Onion and it’s hilarious tagline “America’s finest news source”.)

It is not clear to us why Max Fisher or anyone else should think the Chinese have less of a sense of humour than anyone else. Next they’ll be saying we’re biased about events at home (and abroad).

That is why we ran The Onion piece on North Korean leader Kim Jong Un being “the sexiest man alive” and “every woman’s dream come true.” We didn’t, as Mr Fisher says, believe it. Of course, we knew all along that it was a joke. How could it be otherwise? One round of sanctions and that pudgy grandson of a great man would have to toe the line. (For those who wonder if we’re being funny or factual, check out this news story on what we wrote back in April 2013, at the height of Kim Jong Un’s bellicosity:

We trust you’ll revise your opinion about our sense of humour. This is not a joke.