US aid to Egypt: If it’s important to keep it up, it’ll pay to cut it off 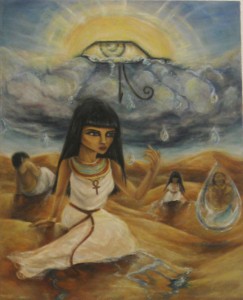 Barack Obama has condemned the violence in Egypt but in this, like other geopolitical matters, it is money that talks. The President made no mention of suspending $1.3 billion in American military aid to Egypt, though he indicated that “traditional cooperation cannot continue as usual while civilians are being killed in the streets”.

His words provide some comfort – mostly that there will be some consequences for governments that kill their own people – but words are cheap.

Mr Obama himself admitted American aid is important. Speaking while on holiday at Martha’s Vineyard, he acknowledged that “national security interests in this part of the world and the belief that our engagement can support a transition back to democracy” influenced his decision to keep up the aid to Egypt.

If it matters that much, so much that it should be kept up as a leverage tool, then surely it will pay off to cut it off?

What leverage did the continuation of US aid offer to the eminent Americans (William Burns, Lindsay Graham, John McCain) trying to broker peace after Mohammed Morsi was summarily removed on July 3?