Made in Haiti: Why re-invent the wheel; better just to re-align it 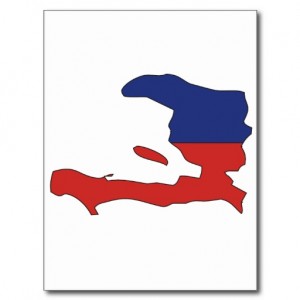 Reading about La fierte Haitienne (the pride of Haiti), the first bus “designed” in Haiti, one can’t help but wonder if this is not a classic case of re-inventing the wheel.

And not in the way of avid skateboarder David Patrick’s sharkwheel, the faster, more stable and more ground-gripping re-think of the tradition cylindrical model. Apparently, Mr Patrick  took six modular tubes, connected into a circle, and then bent them in such a way that, in their contours, “they formed a perfect cube.”  The Atlantic magazine wrote about the sharkwheel back in June, describing how Mr Patrick had patented his invention and was raising money to produce it for skateboards.

If it all worked out beautifully, cars and everything else might move to cuboid wheels. In time. Imagine that. 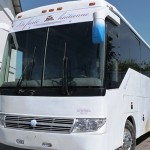 La fierte Haitienne, as far as one can tell, is not like the sharkwheel. Without wishing to diminish the glow around its creator, Jean-Paul Coutard, it’s hard to see why a bus needs to be designed in Haiti to be manufactured here.

As Haiti Libre describes it, “Under the metal body …a 300-hp diesel engine and chassis doubled. And, for better visibility, a rear view camera for the controls of driver. Manufactured from the assembly of parts purchased abroad, the bus is equipped with, among other things , televisions, sound system, custom lamps, window laminated, sanitary facilities, 54 individual reclining seats to ensure relaxation, security and comfort of travelers.”

It is good news that the Haitian government will make land available for a micropark where Mr Coutard will work on producing the bus. But why waste time perfecting the prototype? As was famously said, the standard library saves programmers from having to reinvent the wheel.