Why it’s good to share a wife. A Kenyan example of getting on? 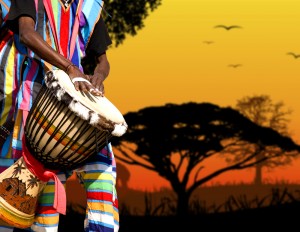 A timeless (some might say timeworn) image of Kenya. There’s harmony in the whole. It all appears in keeping with harambee, the Kenyan tradition of everyone pulling together. Harambee, a Swahili word, is important to Kenya. It’s the country’s motto and appears on its coat of arms.

There’s a decided flavour of harambee in today’s extraordinary news from Kenya, which has two men agreeing to “marry” the same woman and peaceably get on with the business of living and loving.

Their paramour, a widow with two children, had affairs with both men for more than four years. She apparently found it hard to choose between them. So much so that her beaux –  Sylvester Mwendwa and Elijah Kimani – drew up a written agreement for each to “marry” her, live with her according to a strict rota and help raise any children she bears.

Polygyny is legal in Kenya but polyandry is not (even though it is not explicitly forbidden).

In fact, polyandry is a relatively rare custom anywhere, both in man and beast. It’s observed mostly among field crickets, frogs, polecats, tortoises, certain kinds of mole rats, honey bees, marmosets, bandicoots, whales, jacanas, dunnocks and pipefish. It is found in certain Himalayan societies, including in parts of Tibet, Nepal, Bhutan and Ladakh. It is also found in a patchy fashion in parts of Nigeria, some Polynesian societies, some parts of the Yunnan and Sichuan regions and among the Maasai.

One of the most famous examples of polyandry comes from the Hindu epic, the Mahabharat, in which Draupadi is married to five half-brothers.

But it continues to arouse consternation except as a concept of economic conservation  (of family land and wealth) and in societies marked by high male mortality or male absenteeism.

The news from Kenya, however, suggests it might be a way to live happily ever after – even if not exclusively with each other.