America’s known unknowns. All that spies know they don’t know 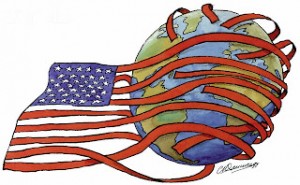 Everything you wanted to know about what the US knows, but didn’t know who to ask, is here. Sort of. This nifty little piece by the Washington Post’s foreign affairs blogger Max Fisher lists the gaps in the United States intelligence community’s knowledge of missiles, men and mice.

(I made the bit about the mice up. The alliteration sounded nice).

Actually, it seems, the intelligence community doesn’t know much about missiles and men. In North Korea. China. Russia.

Apparently the US federal government’s “black budget,” which lays out the specific objectives of the 16 spy agencies that make up the US intelligence community, their cutting-edge technologies and ongoing operations, offers extraordinary intelligence.

So we now know they know next to nothing about North Korea (where’s James Church when you need him?).

And they don’t know much about the security of Pakistan’s nuclear weapons components.

And about what China’s next-generation fighter aircraft can do.

And what the Russian leadership is likely to do if there were large, destabilizing protests and terrorist attacks in Moscow.

American spies and analysts also have little idea about homegrown terrorist “radicalization” (like the brothers Tsarnaev) and they’ve clearly not been able to spy as much as they’d like on the Chinese and Russian governments.

So they don’t really know everything.

And they know they don’t know.