Batwoman? Is the female vigilante a good response to rotten system? 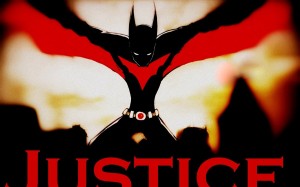 Some call it the Batman syndrome. The urge to redress a wrong, even if it means taking the law into your own hands.

Consider the extraordinary (but unverified) story about the alleged female scourge of all bus drivers in the northern Mexican city of Ciudad Juarez. Apparently the Mexican police are trying to find out if two drivers were murdered by a woman in revenge for alleged sexual abuse. They were shot dead last week by a blonde woman who did not rob them. Soon after, media outlets reported receiving an e-mail from a woman who claimed to be “the hunter of bus drivers”. It added, “I myself and other women have suffered in silence but we can’t stay quiet anymore.” The reference is to alleged sexual abuse by bus drivers on the night-shift.

If true, it’s a frightening and damning indictment of how rotten the system must be. Listening to a discussion on the matter on the BBC’s World Have Your Say, I found it striking that some callers from India justified the vigilante-ism. What can someone do if they’ve been wronged but the system is unable or unwilling to set matters right, asked one caller.

It is a good question, considering the strength of Indian middle class protests over incidents of rape and the so-called “rape culture”.