Say Van Gogh and this is what most of us think of: 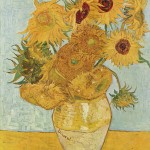 Van Gogh painted it in Arles in August 1888 but almost no one knew that just a month before, on the Fourth of July  to be precise, he had finished this: 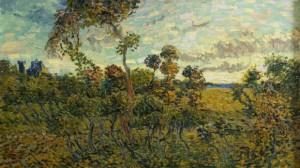 We know the exact date because Vincent wrote to his younger brother Theo from Provence, on July 5, 1888, that he had painted a sunset the day before.

But, the painting was always dismissed as a fake and it was not till Monday that Amsterdam’s Van Gogh Museum said it was a long-lost Van Gogh, his first full-size canvas to be discovered since 1928. After a two-year investigation, the Museum said new techniques of chemical analysis of the pigments showed they were identical to others Van Gogh used on his palette at Arles. An X-ray examination of the canvas showed it was of the same type Van Gogh used on other paintings from the period. And then there was Vincent’s letter to Theo.

Those who know a fair bit about Van Gogh, his suppressed desire to become a pastor, his frequent fits (possibly of epilepsy), his interest in distilling the peasant character in sombre paint and his subsequent attempt to learn colour from Japanese woodcuts, would probably know this: 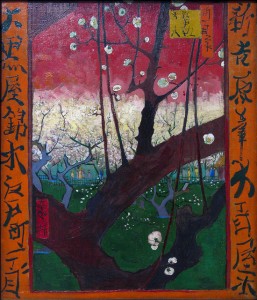 But not the Sunset at Montmajour. Not till now.

As Axel Rüger, the Museum’s director admitted, “We always think we’ve seen everything and we know everything, and now we’re able to add a significant new work to his oeuvre.”

It’s a good motto. For art appreciation. And the organic lived reality of life.