The Anglo-American alliance: Strong even within jihadi circuit? 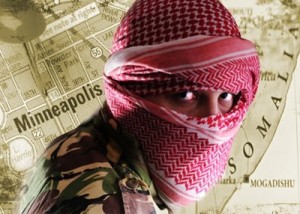 The Anglo-American alliance continues strongly, even apparently within the ranks of al-Shabab, Somalia’s armed group. Consider the news that Omar Hammami, commonly known as Abu Mansoor al-Amriki or ‘the American’, and his mate, Usama al-Britani were shot dead in their hideout in southern Somalia. They were being hunted by al-Shabab’s leadership because they told an inconvenient truth.

(It’s not quite the situation of James McLintock, the Tartan Taliban, and John Walker Lindh, the American Taliban but it’s interesting to note that Western jihadis often work to principles that come from within the systems they rejected.)

Al-Amriki and al-Britani were the foreign ‘hand’ within al-Shabab, the forces that appeared to be demanding a certain level of accountability and inclusiveness of their organization. Funnily enough, that’s the sort of thing Western governments say to developing countries.

Al-Amriki (who is half-Syrian) and al-Britani (who is of Pakistani ethnicity) were allies of Sheikh Hassan Dahir Aweys, in the custody of the UN-backed government from June. The Sheikh was less hardline than al-Shabab’s current leader Ahmed Abdi Godane. But al-Shabab’s Anglo-American clique was running out of luck for other reasons too. It seemed to set high standards of probity with al-Amriki publicly accusing the leadership of living in luxury off the taxes collected by fighters. He also reminded them that it was not fair to sideline foreign members of the group.

Some might say that if the boy from Alabama wanted all of that, he should have stayed home or joined the US government.