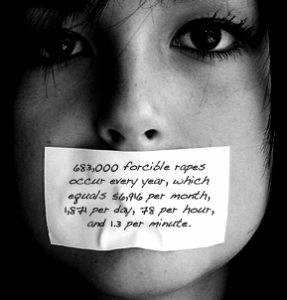 “How Does a Country Develop a 60 Percent Rape Rate?” Katelyn Fossett asks in a blog on Foreign Policy. How indeed?

She’s referring to the “shocking” findings of a study on sexual assault in Asia, published in the Lancet Global Health journal on September 10. The study, which is part of a wider United Nations campaign to track and study sexual violence in the Asia-Pacific region, interviewed men aged 18 to 49 in six countries.

It found that a whopping 59 per cent of men in Papua New Guinea admitted to rape.

Can that be possible? And would men admit to this?

Papua New Guinea has the lowest female parliamentary representation in the countries studied (the others were Bangladesh, Cambodia, China, Indonesia and Sri Lanka). Its women are also overwhelmingly dependent on men.

The men appeared to admit their actions because researchers cannily didn’t actually ask them if they committed rape. Instead they asked if they had “forced a woman who was not your wife or girlfriend at the time to have sex.”

Even so, why would they say this? Have they no shame? No sense of decency whatsoever?

Ms Fossett suggests it’s part of the mindset of a rape-prone culture described by anthropologist Peggy Reeves Sanday in the 1970s. She found rape to be, as Ms Fossett points out a “reproductive strategy for sexual losers…in societies with ideologies of male toughness, traditions of violence, and a lack of female participation in politics.”

I was particularly fascinated to read that Ms Sanday apparently claimed to have found an almost rape-free society in the matrilineal Minangkabau culture in West Sumatra.

Which led me to thinking about the matrilineal Khasis in Manipur, north-eastern India and the equally dominant Nair women down south in Kerala.

What is the incidence of rape among them?