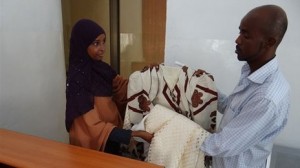 It’s a fair bet that they won’t be inviting Mohamed Mahamoud Sheik to the European Union’s (EU) “milestone” international conference on Somalia in Brussels, today, September 16. But Somalia’s first and only dry cleaner (and seller of fresh flowers) in 20 years of civil war is probably the best illustration of the change the EU says it sees. in Somalia

Listening to Mr Sheik (who’s all of 25) on the WS, it seemed remarkable that he could see a business opportunity when all about him saw lawlessness and no hope. With Somali rusty from years abroad, a business degree from a university in Malaysia and the germ of an idea (from seeing friends and family despatching their suits to Kenya to be dry cleaned), Mr Sheik returned to Mogadishu and began the arduous and expensive process of setting up a dry cleaners.

He found it “really difficult” to find suitable premises, import the equipment, and crucially, to train illiterate staff to operate the machines. Somalis, he says, have a mindset that tells them not “to wash clothes” if they can read or write. So he had to hire illiterate people.

Fifteen months on, the business is thriving. It even counts President Hassan Sheikh Mohamud as a customer. And Mr Sheik went on to start selling fresh flowers too, in the hope of ridding Mogadishu of its vulgar habit of using ugly plastic imports from China. 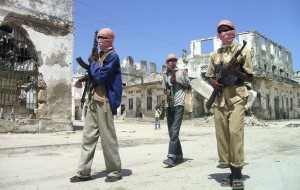 I would’ve thought Mr Sheik represents exactly what the EU will tell some 50 high-level delegations from Africa, Europe, the Gulf and elsewhere at the “New Deal in Somalia” conference.

It gathers together President Mohamud (presumably in a freshly dry cleaned suit), other Somali leaders, world aid groups and global finance institutions and will seek funding for development work. Al Shabab, the militant group, has called it a “Belgian waffle”. (Who knew that they had a wry sense of humour and an unsuspected ear for the pun.)

The President, who won formal US recognition of his government in January (for the first time since the 1991 overthrow of dictator Mohamed Siad Barre that plunged the country into civil war) has been able to govern without interruption for the past year.

But I still think Mr Sheik is the more compelling story.