A new president & an Oscar entry: Is Pakistan, a recovering ‘failed’ state? 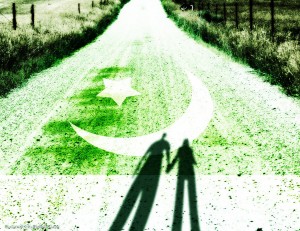 Now that it has its first Oscar entry in 50 years, here’s an interesting question: Might Pakistan be a recovering ‘failed’ state? I only ask because recently, and very quietly, without fuss, foul play or four-letter words, it changed presidents. Asif Ali Zardari drove off into the sunset, or what would have been a sunset had he been playing the part in a film.

Which brings us to the matter of Pakistani films. Its film industry is painfully but discernibly pulling itself up by its pyjama strings. The last time it chose an Oscar entry was 1963. But comedy thriller (at least that’s how it’s being described) ‘Zinda Bhaag’ is to be submitted in the Foreign Language Film Award.

In most countries, a new president and an Oscar entry might be unexceptional things. For heavens’ sake, the Queen and King respectively, of the Netherlands and Belgium, abdicated recently, without anyone paying much heed. But it’s been years since Pakistan has been seen as a normal country, doing the sorts of things that normal countries get through every day without any trouble at all. For too long has it been comatose because of the poisonous brew that nurtured it virtually from birth (an excess of religious enthusiasm mixed with equal parts of political incompetence and Machiavellian military plots).

But for those who monitor such things, the peaceful presidential handover and moves to finalise an Oscar entry might be the first tentative signs of recovery. The Oscar entry was chosen by a committee headed by Sharmeen Obaid-Chinoy, who, in 2012, became the first Pakistani to claim cinema’s most coveted award for co-directing ‘Saving Face’, a documentary about victims of acid attacks. She is Pakistan’s only Oscar winner. The committee included The Reluctant Fundamentalist author Mohsin Hamid.

Josh was in the running. How could it not, having done well at least in terms of international column inches and airtime. Twenty-one films (a goodly number for Pakistan) were released in 2013 and all of them were technically capable of entering the race. But Josh, which is Urdu for passion, has been talked about so much, shown around a great deal and has won so much kudos and an award, it seemed it might inevitably become Pakistan’s Oscar entry. Iram Parveen Bilal, the very American director who constantly refers to Pakistan as “back home”, has featured everywhere. She’s been on The Huffington Post Live. One hears her on the BBC forecasting a new dawn for Pakistani cinema, a liberation from the twin controls of politics (that of General Zia) and the market (Bollywood’s brute force).

What I can’t understand though, is her assertion to the Huff Post that Pakistan was not unique in steadily pushing the middle classses out to the margins. All over the world, she said, there are fewer middle class people. Is this just a way of excusing Pakistan’s wide chasm between rich and poor and its reluctance/inability to pursue land reform? Is this a patriotic kind of revisionism? Has she looked over the border to India? Or China? Or further afield, to Brazil?

Revisionism or a lack of general knowledge, is, of course, no bar to making films. And good ones at that.

Jean Luc-Godard once said he felt pity for French cinema because it has no money and for American cinema because it had no ideas. Perhaps in 2013, the Pakistani film industry is at that dream stage of development – blessed with some money and some ideas (though perhaps not always a lot of general knowledge).