Rape is women’s fault: Peeling back layers of the Indian Onion 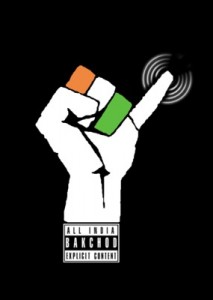 A short video satire on India’s customary tendency to blame women for ‘provoking’ rape and sexual harassment is really rather good value. With understated humour, subtle irony and biting sarcasm, the video lays into the many reasons Indian women are routinely blamed for sexual violence – wearing a skirt; baring your arms, showing cleavage, anything or nothing really; working late at night; simply existing.

Courtesy All India Bakchod (AIB), a two-man venture that started offering a weekly comedy podcast last year, the video is a welcome addition to the ongoing debate on what many are calling India’s “rape culture”, ie a casually misogynist mindset that seeks to excuse bad behaviour as the result of titillating clothes, inappropriate behaviour, Bollywood films, chowmein and suchlike. If women didn’t exist, say the sassy women in the video, rape wouldn’t either.

Would that it were available in Hindi as well. It would go much further.

Fresh from watching one of their recent offerings – Scenes from an Indian Theatre – it’s obvious they are equal opportunities offenders. No one but no one gets off lightly.

The weekly podcast doesn’t seem quite the Indian Onion or Ali G or Borat. But it’s irreverent. And real. And eminently watchable.