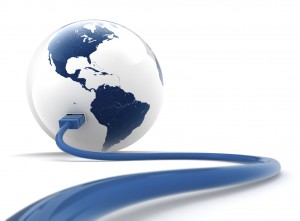 I’m not a neo-Luddite by any means but I was a late adopter of the iPhone.

When I did make the change, I was childishly thrilled by the ease and simplicity with which I could carry the world (or my world at any rate) in my bag. The cloud made life so much easier too – seamlessly synching my MacBook Air contacts and notes with my iPhone 5. It honestly seemed (and this is not to devalue the French Revolution or William Wordsworth), bliss was it in tht tech dawn to be alive.

So why is Ian Bogost so disappointed with Apple? His mini-bio at the bottom of his Atlantic magazine piece describes him as the sort of person who would know about all the clever things Apple does – technology and publicity. Mr Bogost is an “author and game designer. He is the Ivan Allen College Distinguished Chair in media studies and a professor of interactive computing at the Georgia Institute of Technology.”

In other words, he is an authoritative commentator.

But is he spot on in moaning so much about Apple’s lack of the “change” it constantly promises?

There’s Monday’s news that Apple sold nine million iPhones over the weekend and that its share price has risen. Clearly, not enough people are as disappointed as Mr Bogost.

“Fingerprint security in iPhone 5S is an interesting advance,” he says, “but it’s hardly an innovation akin the printing press or the airplane or the personal computer.”

Fair enough, but here’s a question: What is, nowadays? Where is the real innovation that changes our lives? What do we want changed anyway?

–       laptops and smartphones with inbuilt printers.

Not sure it makes a lot of sense. And if it can ever happen. But didn’t they say that about the telephone? Aeroplane? The personal computer?