#2030NOW in #Haiti: Blueprint for a better world lies with us all 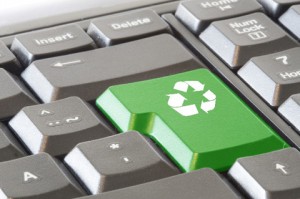 Having attended part of Haiti’s first Social Good summit on Tuesday (and having tres peu French, which means barely any) I can only say that it’s good to talk. Even better to do.

For those who aren’t totally au fait with the Social Good Summit, it’s been described as big ideas meeting new media to create innovative solutions during UN week in New York. (The meeting of ideas and new media occurs during UN week, not the creation of solutions. That takes longer. Sometimes, it doesn’t happen at all.)

In my humble opinion, the truest pronouncement of what can make the world a better place is to be found in this New Scientist article. It suggests 20 steps – half for society to bring about and half for each of us to do. They’re as simple as accepting that everyone’s DNA has to be stored by police, eating more plants, screening your genes so that you don’t pass on dreadful diseases to your children (some people might decide they’d rather not procreate), being nice to people and sharing more things (especially homes). Low-tech but high-tech too.

Nothing that we necessarily need a talkfest for. Even so, this year’s Social Good Summit discussed threadbare the power of innovative thinking and technology to solve the world’s greatest challenges.

In Haiti, the great and the good told the young and the impatient how the future was theirs to seize – through technology, mobile money, distance learning and so on.

It was rather amazing that they had the Sommet pour le bein social in Haiti at all. And well timed for the concluding day of the big event. (Considering the Summit is in its third year, it is jolly good news that Haiti was enabled to be part of the global conversation.)

Last year, says the UNDP’s boss Sigrid Kaag in this Forbes interview, her organization hosted Social Good Summit meet-ups in 42 countries, including a first-of-its-kind event in Mogadishu, Somalia. “This year we are hosting events in over 60 countries,  including events in both Sudan and South Sudan, and meet-ups in places as diverse as Afghanistan, Algeria, Bhutan and Nicaragua – all of them discussing a single topic: what needs to be done now in order to have a better world in 2030 – hence the hashtag #2030NOW.”

She didn’t mention Haiti. But at least it got a look-in.