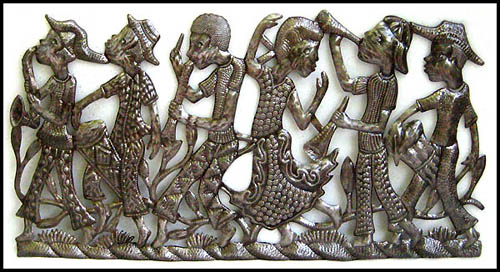 Listening to Leyla McCalla on Genevieve Tudor’s Sunday Folk, I felt like she just had to be in Haiti. (Every continent we’ve been on, Genevieve has been with us; a bit of a Sunday ritual for years. If we’re able – and lucky with timing and the internet – we’re able to listen live at 1300 EST, else we hear last week’s cached show. It goes out on BBC Radio Shropshire, Hereford & Worcester but it has a repertoire and a reach that extends much beyond the English Midlands).

McCalla was singing Kamèn sa w fè? the Sunday before last and on September 22, it was Manman mwen. I promptly looked her up. Her Facebook page was illuminating. She’s “a cellist and singer living in New Orleans, Lousiana. Her debut album, Vari-Colored Songs, is set for a February 2014 release.”

What it didn’t say is that she has a thrilling voice, melodious and low, like a slow swallow of a deeply aromatic and very velvety coffee mousse. Possibly with a slug of dark chocolate.

And that she used to be with the Carolina Chocolate Drops, which started out highlighting the central role African-Americans played in shaping the US’s popular music. The New York Times once described the Drops’ concerts as “an end-to-end display of excellence… They dip into styles of Southern black music from the 1920s and ’30s—string-band music, jug-band music, fife and drum, early jazz—and beam their curiosity outward. They make short work of their instructive mission and spend their energy on things that require it: flatfoot dancing, jug playing, shouting.”

Back to Leyla McCalla though. Apparently, she’s off to Europe shortly. Would that she stopped off in Haiti on the way back.