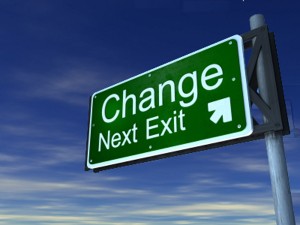 The paradox of KPMG’s Change Readiness Index is that it probably won’t change very much in a five-year span. Obviously, if a country is ranked low, it’s not going to change quickly enough to move higher.

(It’s not overly surprising that the US is not in the top 10, considering the entrenched political differences that manifest themselves in a budgetary crisis this time every year.)

The Index measures a country’s ability (or in that over-used word, capacity) to change rapidly in response to disaster or opportunity. It now covers 90 countries and is in its second year of publication. There’s a good overview of it in Co.Exist’s Jessica Leber’s excellent piece here.

As she says, it arose out of rubble of Haiti’s earthquake. “As millions of dollars flowed into Haiti after the 2010 earthquake, individuals, organizations and governments that donated cash became concerned about whether the funds would be spent well,” she writes. And then she quotes Timothy Stiles, global chair of international development assistance services at accounting and consulting services firm KPMG: “There was a thought that, regardless the amount of development money being poured into Haiti, they wouldn’t be able to use it as effectively as other nations might. We couldn’t put our finger on exactly why, but that was the general sense from the people who had worked there.”

So they created the Index that reaches the parts others don’t (a bit like Fosters beer if you believe the ad).  Unlike the UN’s Human Development Index and the World Bank’s Ease of Doing Business Index, the Change Readiness Index looked at the whole picture. Mr Stiles says it examined the factors that proactively shape “change readiness”, including trade and regulatory policies, social safety nets, and R&D investment.

To me, that makes eminent good sense. Change-readiness must be in a country’s cultural DNA if it is to adapt in response to good things and bad.

Unsurprisingly, considering that the BRICS countries are currently doing rather less well than the hype predicted, the Change Readiness Index ranks them low. Brazil is 42, Russia 62, India 65, China 28, and South Africa 46. For various reasons, they are judged unable to capitalize on change.

To drive home the point that the ability to change goes beyond wealth, the Index report  compares the response of Japan, Chile, and Haiti to the massive disasters that rocked each of them in 2010 and early 2011. The conclusions were unsurprising and reflected each country’s place on the Index.

The Index found these 10 countries most ready for change:

Chile is number 11 and the US is 12. Pakistan is 69, four places down from India. Haiti is 85 and Afghanistan last.