Can public ignorance kill? Well, it can certainly #shutdown a government 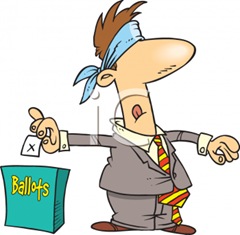 I would wager that much of the world – as well as most Americans – would not be able to explain the why, what, where and how of the above.

This, despite Obamacare being an idea and in the headlines for more than three years; federal government shutdown having happened in 1995 and being threatened four times in the last few years and the health exchanges opening up Tuesday, October 1 after masses of advertising.

The wider world can be excused its ignorance about the precise facts of Obamacare, shutdown and online health insurance exchanges. But why do so many Americans not know very much? Or certainly not enough to do anything that would force better, more public-minded legislative debates and decisions?

Back in August, Cherian George, editor of ‘Media Asia’ offered an excellent suggestion about the generally blind ignorance that is fogging up public reason in North America. When the essay, titled ‘The Unknowing of Public Knowledge’, was written, the US Federal Government shutdown was just a gleam in the eye of some Tea Party-ers. So it is not prescient, just a summing up of what has gone before. It starts with this remarkable truth: “Even with abundant information and the removal of censorship, truth may not prevail.”

Arguing that “public knowledge is required for the exercise of public reason”, he cautions that information per se is not enough and countries/societies need an “institutional commitment to public knowledge that is strong enough to counter forces around us that are intent on perpetuating popular ignorance and thwarting the exercise of reason.”

Spot on. How else to explain the way large numbers of Americans seem to know so little and care even less about the heedless actions (and motivation) of their representatives? What other reason could there be for Americans to continually allow some of their representatives to threaten (and then suit action to word) shut down of parts of the Federal Government simply because they can.

Mr George blames “truthiness”, the term coined by TV satirist Stephen Colbert to explain how news can be put out with the right emotional pitch sans any proof that it is true. If it sounds true and no one bothers to check it out too much,  people tend to believe it and  blindly continue in a comforting (emotionally satisfying if intellectually challenged) bubble of inaccuracy.

Mr George quotes research that shows “the limits of unregulated markets in delivering the kind of journalism that democracy requires”. It is true, as Shanto Iyengar and James Curran, of Stanford University and Goldsmiths, University of London, say in their eponymous study Media Systems, News Delivery and Citizens’ Knowledge of Current Affairs, Americans don’t know as much as the rest of the world. They mention a 1994 Pew study, which found that Americans lagged behind the English, Germans, Spanish and Mexicans in the percentage able to recognize the Secretary General of the UN and other world figures. “Europeans might be more informed because they consume significant amounts of broadcast news programming delivered by a state subsidized public broadcaster, while most Americans are dependent on commercial broadcasters,” they suggested.

I’ve always thought that Britain is more informed (and has better and more entertaining debate) because it is committed to the BBC.

The shutdown makes the case yet again for an American version of the Beeb or at least a new, improved, empowered NPR.