Why is Anna Calvi so surprised the guitar is seen as mainly male territory? 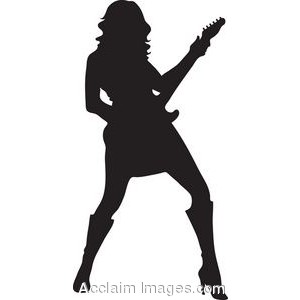 So Anna Calvi, who’s been hailed by Brian Eno as “the best thing since Patti Smith”, has a perfect nose, a second album that’s out today and a horror of journalists who’re surprised a woman can play the guitar with such mastery.

I don’t know if that makes her a feminist. Just someone with common sense, the alleged propensity to perform live dressed as a male flamenco dancer and obvious ignorance (or amnesia) about a six-year-old London exhibition that highlighted the acute shortage of female guitarists. In the world of rock.

In a frank chat with The Observer, Ms Calvi discussed her irritation at male music journalists’ astonishment that she “can actually play so well”. She says she’s often asked, “What’s it like being a woman playing guitar? And, what’s it like playing such a phallic instrument?”

Upon which, The Observer’s Elizabeth Day expressed surprise. “I’d never thought of the guitar as particularly phallic, I say.” Ms Calvi responded in kind. “‘Neither have I!’ she squeals. ‘I was saying, ‘If anything, the shape of a guitar is more like a woman’ and then the guy was like, ‘Yeah, but the neck, the neck.’ And I said, ‘Well, I guess the flute is a phallic instrument; you should ask all the flautists what it’s like’.”

It’s unclear why both are so astonished that the guitar is seen as mainly male territory in terms of rock music (not folk). It was ever thus (though it shouldn’t be). Maybe someone like Ms Calvi will change that. But back in 2007, when Harrods staged Europe’s biggest guitar exhibition, offering designer instruments for sale and with exhibits that included those played by Brian Jones, Keith Richards and Noel Gallagher, it was noticeable there were no female musicians. I plied my trade in London at the time.

Those who would know, people like Lucy O’Brien, author of ‘She Bop: the Definitive History of Women in Rock, Pop, and Soul’, agree that the world remains uncomfortable with the idea of the guitar goddess.

Ms Calvi might want to take note. And then, unsurprised, continue to smash all the stereotypes. (Check out ‘Eliza’ from today’s new album ‘One Breath’ here. Or the mesmerizing, earlier, ‘No more words’ here.)