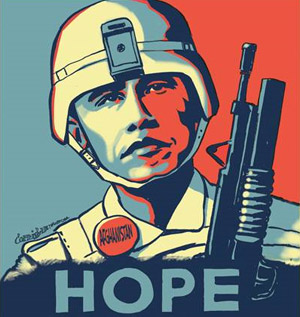 Virtually unnoticed, Afghanistan marked the 12th anniversary of the start of the US war last week. On October 7, as an apologetic mea culpa by Foreign Policy’s Situation Report reminded us, the US started to bomb Kabul and ground operations were launched. (I think I remembered the anniversary last year, having just left Afghanistan.)

Anyway, as FP’s Gordon Lubold correctly analysed, the memory lapse has a lot to do with extreme American fatigue. Americans have too many worries to ponder the thousands of boots still on the ground in Afghanistan and the significant amounts of “blood and treasure” still being expended on it.

In actual fact, October and the 12th anniversary is less important than what emerges next month. President Hamid Karzai plans to convene a Loya Jirga (or a traditional meeting of tribal elders) to discuss the pros and cons of a possible agreement with the US over the future of American troops in Afghanistan. The security deal has foundered for months, if not years, and there is no guarantee it will ever be agreed. That would mean no US military forces in Afghanistan from 2014.

To many Americans, that can only be a good thing. At least 2,146 members of the US military have been killed in Afghanistan since October 7, 2001. Those painful memories won’t lapse that easily.