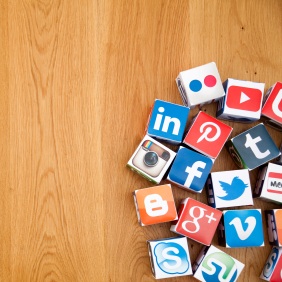 Tweeters, Facebookers and other social media types may have always suspected it, but now it’s official. There’s a deeper, higher purpose to all that chatter across the ether than simply making your friends envious about your lovely lifestyle, shiny happy family or the cream-filled chocolate éclair awaiting your attention.

The purpose of social media is to save lives when disaster strikes. And it is eminently well equipped to do so.

It took the launch of the 2013 World Disasters Report to reveal the finer side of all that tittle-tattle, idle chatter, libelous gossip and name-calling on social media. But the nearly 300-page document detailed the immense changes wrought by technologies such as digital payments, mobile phones and social platforms. All of these have reduced the cost of relief efforts and improved service delivery, it said. Haiti, right after the catastrophic 2010 quake, was once again cited as an excellent example of swift, technologically-targetted, action in the midst of chaos. Smartphones and social media platforms were pressed into service to despatch aid to victims trapped under rubble.

As Patrick Vinck, associate faculty at the Harvard Humanitarian Initiative and panelist speaker at the launch, described it: “When we talk about empowering communities, this means not just sending but also receiving information from them.”

So the Red Cross used text messages sent by members of the Haitian diaspora about family members. It was a good lesson in the value of listening. And it has led to new thinking about a whole new way of dealing with disasters, using a social media listening console known as the Digital Operations Center. This runs together data from blogs, social platforms and geolocation sources and builds a better mental picture of a people or place in trouble than the old-fashioned situation reports.