Sweden destined to remain only European hope for Syrian refugees? 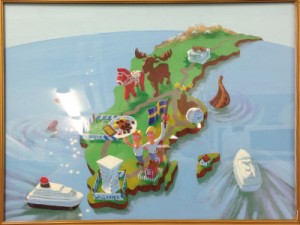 The European Union is talking – and not in a particularly good natured way – about sharing the burden of the swelling tide of asylum-seekers and Sweden is particularly hacked off.

Stockholm considers it unfair that others won’t pledge an open door for refugees from Syria.Sweden has generously promised permanent residence to Syrians, so long as they apply in Stockholm rather than embassies abroad, but its own far-right opposition party calls it misguided because “no conflict is permanent”.

In any case, it’s hard to see other European countries following suit. Britain, France and The Netherlands are already under considerable pressure to control immigration, reduce welfare budgets and counter the rise of anti-immigration political forces.

But then again, there’s Syria, which is suffering possibly the largest exodus since World War II. Just weeks ago, a boat carrying hundreds of Syrians and Palestinians capsized off Sicily, killing more than 30. And it’s clear that the attempts to make the expensive and hazardous, possibly fatal, journey from Syria to Europe will not stop till the conflict does, despite worsening weather conditions.