Yet again, Saudi women make clear that they don’t like the backseat 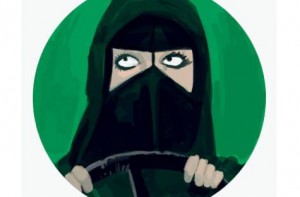 Today, women across the kingdom of Saudi Arabia protest yet again about the denial of a basic right. As everyone, including Isobel Coleman’s excellent blog documents, women are making slow progress in the only country in the world that effectively prevents half its population from getting behind the wheel. Saudi women are still prohibited from driving (basically because they can’t procure a license), but as Ms Coleman points out, at least they’re making some headway getting their demands on the agenda.

But even more significant is the easy treatment accorded by police to an assertive female Saudi blogger named Eman al-Nafjan. She broke Saudi law by filming a woman driving in Riyadh in preparation for today’s protest but the police seemed fairly laid back about her offence. In a recorded video, Eman is seen cruising down a busy road with passing (male) motorists giving her an enthusiastic thumbs-up .

Many Saudi men are reported to be teaching their daughters how to drive, suggesting more widespread support for the idea than ever before and possibly that its time may have come. At least by 2015.