How about a Heineken Global Index of the Cost of Doing Business? 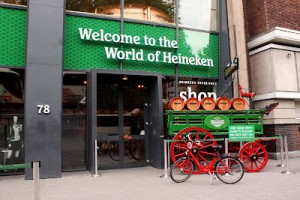 For years, Heineken advertised itself in the UK as a crucial product, one that “refreshes the parts other beers cannot reach”. It was a good line and it’s a moot point if it should use this as an international brand statement. For, it is remarkably – and probably, rather bravely – exceedingly well represented in emerging markets, as well as the still-emerging and those that show little sign of readiness to emerge.

Consider this, off the back of the announcement that Heineken will invest another $100 million in Haiti:

It has 16 breweries in Africa and the Middle East, including in still-troubled (or once-troubled) Rwanda, Burundi, Democratic Republic of the Congo, Tunisia, Nigeria and Algeria. I didn’t notice a brewery in Yemen, Libya, or Syria, but it’s still a fairly bold footprint in rocky, shifting locations. I suppose it’s hard to be the world’s third largest brewer without being prepared to take risks. According to some accounts, Heineken brews in at least 70 countries, making it a truly glocal company, one that spans the globe but suits its products to cartography.

It is a canny move and has taken the Dutch company very far along from its low-key origins in a brewery known as De Hooiberg (the haystack) in Amsterdam in 1864. Interestingly, it appears always to have had a track record of moving nimbly and with determination into slightly dodgy situations. For instance, just three days after Prohibition ended, its first shipment landed in New York, giving it an enormous market and profile in the US. For Haiti, of course, Heineken’s decision to buy from farmers in-country, may mean the difference between merely slaking local thirst, to building up a powerful one!

Considering Heineken’s impressive footprint in failed and failing states (as well as others) perhaps there should be a new Heineken Global Index of the Cost of Doing Business? Many would drink to that.