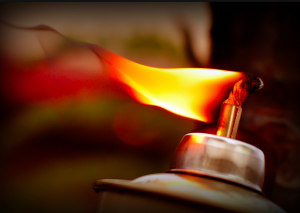 Less than a week ago, an enormous number of WakaWakas were distributed around Haiti, with special attention paid to poor, off-grid areas, such as the tent camps that sprang up around Port-au-Prince after the 2010 earthquake.

It made my day (as well as my Diwali) to read about the WakaWakas’ arrival here, as part of a 10-month Buy One, Give One campaign on Kickstarter. For every light sold in the US, one is given away in Haiti for symbolic recompense in the form of community service or some such.

These tough little lights sound brilliant. By means of a USB charger, energy-poor Haiti can charge its mobile phones. Their chip, made by Dutch Intivation, “ensures that no other solar lamp in the world can match the efficiency”, claims the WakaWaka website.”Thanks to the super efficient Sunboost chip WakaWaka sucks the maximum amount of power out of every sunray,” it boasts. If even half of that were true (and there’s no reason to believe it isn’t one hundred per cent accurate), this will be a very special Diwali or festival of lights here in Haiti, even though it doesn’t know or mark the Hindu celebrations of good over evil.

In the Caribbean, Diwali is an official holiday only in Guyana, Trinidad & Tobago and Suriname. But Happy Diwali, Haiti, nonetheless.