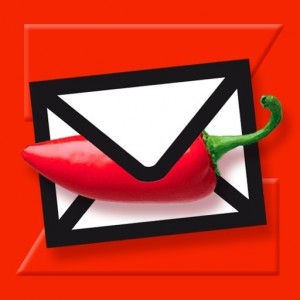 I was thinking of Irwindale, southern California, as I bought Piment Bouc, the absolutely superb Haitian sos piman made with local hot peppers and produced right here in Port au Prince.

Piment Bouc is manufactured with the wonderfully fiery Goat Pepper that grows easily and well in Haiti .

Are those who live near the Piment Bouc outfit as put off by it as Irwindale’s residents? Irwindale seems to be finding it hard to stomach Sriracha hot sauce, or at least its factory, any longer. On October 28, it filed a lawsuit asking the factory to desist on the grounds that the chilli odour emanating from it was a public nuisance. As well as causing awful headaches and  eyes and throats to burn.

The lawsuit caught the Huy Fong Foods factory in its busiest period – September to December – but it won’t be closing anytime soon. On Halloween, October 31st, the judge kicked the case three weeks into the distance. The company, whose founder David Tran said it took in about $85m last year, says it’s looking for ways to make the byproducts of its business less pungent – and problematic. But there’s little sign that Irwindale, a city of just 1,200 people and multiple rock quarries, thinks it’s more than a load of sauce.