Ira Glass anthology is a lesson in timelessness of a good story. Fact or fiction 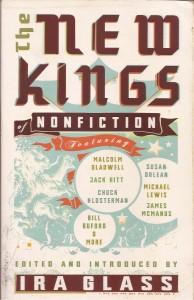 Some might say that six years have turned Ira Glass’s “new kings of non-fiction” into yesterday’s monarchs of the printed word. The book, an anthology of the some of the best, most striking examples of honest-to-god journalism, was published in 2007.

Is it still relevant? Some might say there’s little merit in reading ‘Toxic Cities’ in 2013. It’s about the Stringfellow Acid Pits in Riverside County, California. In the 1980s, Jack Hitts wrote about the complicated litigation seeking compensation for a 30-year-old toxic waste dump. It was about 4,000 plaintiffs, versus Stringfellow (who owned the quarry that housed the dump), more than a hundred companies, and the state of California. Hitts initially seems sympathetic to the alleged victims but once he begins to investigate without the regulation sympathy filter for the face-off between Big Business/the Establishment and The Little Guy, he realizes it’s not as straightforward as that. It’s not clear if a greedy polluter had poisoned the life of a community and that they had sickened as a result.

It’s a salutary warning, today as then.

Each of the 15 examples included by Mr Glass, producer and host of the award-winning public radio program This American Life, is a gem.

And they’re not yesterday’s stories at all. 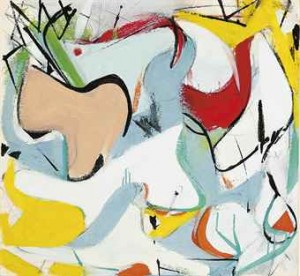 Consider ‘Shapinksky’s Karma’, Lawrence Weschler’s beautifully written story about Harold Shapinsky’s amazing luck in finding a good fairy (a real one, not a politically correct description of someone’s sexual orientation) in an Indian professor of English Akumal Ramachander. Mr Ramachander, who appears to have a decided talent for persistence, believed Shapinsky was a great abstract impressionist and that the world needed to see him. After a lifetime of obscurity, poverty and complete and utter artistic insignificance, Shapinsky became famous.

A lesson in the timelessness of a good story. Fact or fiction. Anywhere in the world.