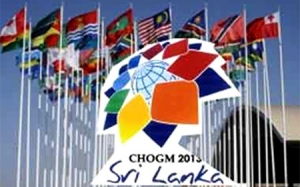 It’s awfully bad luck for the Commonwealth but its summit begins in Sri Lanka today with significant bile already having flowed and prominent stay-aways. This, includes the British monarch for the first time in 40 years.

As head of the 53-member body, Queen Elizabeth has always regarded it as a duty to attend the Commonwealth Heads of Government Meet or CHOGM. But, pleading age, the 87-year-old Queen has despatched her son and heir to the jamboree instead.

Those who read the runes (or the tea leaves) might see it as profoundly symbolic. The old order changeth, yielding place to a new, possibly more troubled, reality.

For, not only has Prime Minister Manmohan Singh of India, the biggest member of the 53 nation bloc, stayed away from the summit. So has his Canadian counterpart Stephen Harper, who prefaced this with a threat to turn off funding to the Commonwealth if it takes no action against Sri Lanka. And on Wednesday, Mauritian Prime Minister Navin Ramgoolam turned his back as well. All three countries have domestic reasons. For Mr Harper, an important consideration is the sizeable Tamil diaspora (over 143,000 people). And for Mr Singh, it is Tamil Nadu, the big state down south, and how its leading parties will angle support after next year’s general elections. An estimated 115,000 Mauritians are of Tamil origin.

Domestic or not, the portents are hardly good for the Commonwealth, barely a month after The Gambia withdrew from the organisation (in the face of human rights criticism) branding it a neo-colonial institution. Even though The Gambian president is known to be nuttier than a fruit cake, the mood music is not soothing for so venerable a body.