After Haiyan, gale-force swirl of shocking facts on climate change? 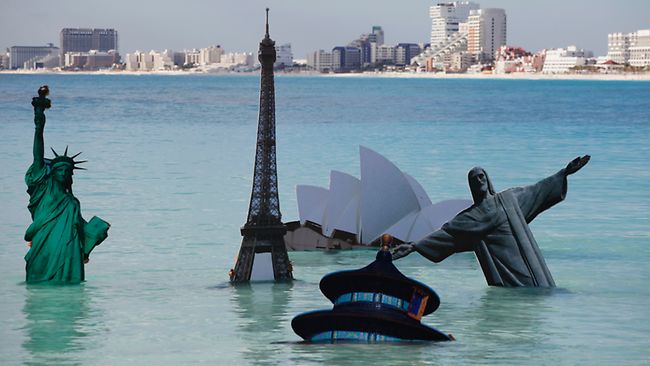 More than a week from the devastation wreaked on the Philippines by super typhoon Haiyan, and the climate change brigade is piling on what should be shock-inducing facts (except that they’re neither shock-inducing any more nor a dead cert as a fact). Here’s what the Global Climate Risk Index 2014 says: Haiti, the Philippines, and Pakistan are the three countries most affected by climate change in 2012. (This eerily echoes the recent remarks of Valerie Amos of the UN relief agency, when she compared the situation in the Philippines with Haiti in January 2010 and the Pakistan floods later that same year.)

And here’s the Index’s long-term prediction: Honduras, Myanmar, Haiti and Nicaragua are the countries most at-risk from climate change-induced catastrophe.

How believable is this? As with most such data, it is indisputable that they might be true. That’s a weak sort of credibility and the arguments swirl with gale-force on either side. What of the timing? Might this, at least, say something significant?

The Index was prepared by Germanwatch, a Germany-based non-profit research organisation, with assistance from Munich Re Foundation, for release at the UN climate conference 2013, which runs from November 11 to 22 in Warsaw.

Coming at the start of the 19th yearly session of the Conference of the Parties to the 1992 United Nations Framework Convention on Climate Change, it could reasonably be expected to be a bang-heads-together document, meant to impress by its urgency. This is something it accomplishes even as it asks the international community to make the Warsaw climate talks a turning point.

But there seems to be little chance of that, which only makes every shock-inducing fact much less so, on our warming planet.