This is not an ad. Or a spoof. A better world is already here 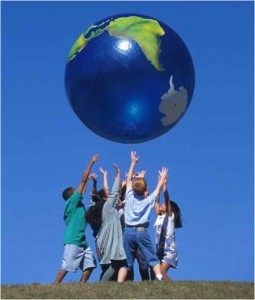 It may sound like the title of a schmaltzy pop song but Bjorn Lomborg is dead serious: a better world IS here. Already. Stop worrying overly. About world hunger, world wars, a warming planet. “Global problems have declined dramatically relative to the resources available to tackle them.” Human beings have demonstrably achieved the following from 1900 to 2013:

Mr Lomborg should know. Even though he’s controversial (especially from 2001, when he wrote ‘The Skeptical Environmentalist’) he knows how to see the big picture and the subtle linkages between economics and the human condition. Not only is he Director of the Copenhagen Consensus Center and an adjunct professor at the Copenhagen Business School, he has just edited a human “scorecard spanning 150 years”, titled ‘How Much Have Global Problems Cost the World? A Scorecard from 1900 to 2050’.

As he says, he worked with 21 of the world’s top economists, to assess 10 areas – including health, education, war, gender, air pollution, climate change, and biodiversity. In each area, the question to be answered was: What was the relative cost of this problem in every year since 1900, all the way to 2013, with predictions to 2050?

They used what Professor Lomborg describes as “classic economic valuations of everything from lost lives, bad health, and illiteracy to wetlands destruction and increased hurricane damage from global warming” to show how much each problem costs. And then they compared the total resources available to fix it.

Apparently the results show we’re better off than before. A good example offered by the good professor is gender inequality. Back in 1900, just 15% of the global workforce was female (at a loss of at least 17% of global GDP in 1900). Today, with more women at work outside the home, the loss to GDP is just 7%.

Few will believe the Professor on climate change because the evangelists think he is misguided to believe it is less than a catastrophe, but on balance, he seems to make sense. A warming planet is good till it is not ie, more carbon dioxide is good as a fertilizer, “moderate warming prevents more cold deaths than the number of extra heat deaths” but eventually rising temperatures will cause “the benefits to decline” and action needs to be taken now.

But starkest by far is the assessment of health indicators. Across the world, the economists found, life expectancy has improved dramatically since 1900. At the time, it was 32 years; today, it is 69.  And fewer children are dying of measles, tetanus, whooping cough, diphtheria and polio. Even in 1970, just 5% were being vaccinated against these diseases; by 2000, it was 85%. The simple act of vaccinating against disease saves more lives every year than “world peace would have saved in the twentieth century,” says Professor Lomborg.

It all sounds very comforting. Two-and-a-half cheers then.