The world in a pickle? Kimchi, achar, torshi and a great deal more 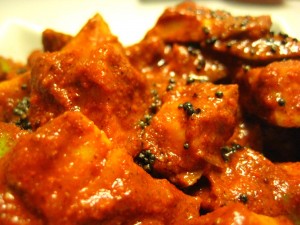 History is the art of pickling memory, Salman Rushdie seemed to be saying in ‘Midnight’s Children’ when he made much of a pickle factory, the sharp, sour taste of the preserve. These are important bits of the book.

The Guardian’s penchant for baring the planet’s shared tastes and humanity has led it to a different kind of pickle. The global one. The pickled planetary family memory of childhood when grandmothers tried to conserve too bountiful a harvest in preparation for lean times. That was before the age of the refrigerator. Pickling is one of the oldest forms of food preservation.

But now, when we don’t really need to pickle, there’s something rather more-ish about a helping of it. Pickle plays a starring role in three food cultures – that of Korea, India and Iran but according to some accounts, Americans eat large quantities of them too – more than 2.5 billion pounds each year – and the country was named for a pickle peddler, Amerigo Vespucci.  The pickle has been enjoyed by kings, queens and generals, American presidents and Hollywood stars, including Cleopatra, Queen Elizabeth I, George Washington, Thomas Jefferson, John Adams, Bill Cosby and others.

But most interesting of all is the orgins of the phrase “in a pickle”. It was the Bard of Avon who had one of his characters in The Tempest ask, “How cam’st thou in this pickle?”

Perhaps the right answer is a taste test.