In Haiti, drones have already delivered products, not the stuff of nightmares 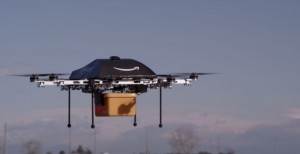 Amazon might have stolen the hype but not first-mover advantage on drone delivery. The unmanned vehicles have already been used to deliver – products (not “murder” as Imran Khan’s party alleges in Pakistan). It was tested courtesy a startup called Matternet in Palo Alto, California, which explored the delivery of supplies to Haiti’s refugee camps using drones. It worked well enough according to the MIT Technology Review, which writes that “it cost only 20 to 70 cents to deliver a two-kilogram package 10 kilometers—at least a fivefold savings compared to standard truck delivery.”

Even so, what are the chances of Amazon Prime Air doing what they encourage everyone to dream of in their video? (Watch it here. It’s rather magical.)

The Federal Aviation Administration is working on drone safety and usage rules that will allow commercial uses of the machines come 2015. But there might be other problems according to Matternet’s CEO Andreas Raptopoulous. He’s dubious about technological and regulatory gaps and the problems that might be expected when you send a drone off to deliver stuff in all sorts of inclement weather, difficult terrain, high winds and such like.

All of which sounds rather disappointing, considering Amazon’s Prime Air seems to promise a bold new age of the loveable, serviceable drone, very different from the blood-stained image it bears today.

Amazon predicts the delivery drone will become as routine as “mail trucks on the road today”. Others are experimenting with exactly that, not least a bookseller Down Under and a Chinese company. Air mail gets a 21st century makeover?