R.I.P. Nelson Mandela: As with Mahatma,a light has gone out of our lives 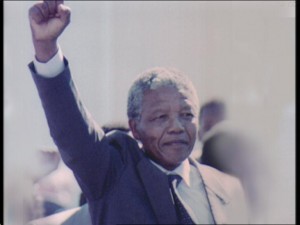 I remember, like it was yesterday, the day Nelson Mandela walked free from prison. I remember where I was and I remember what I was doing. My friend and colleague, S Prasannarajan and I were putting The Times of India to bed. It was Prasanna’s debut as chief sub and I was his deputy. Mr Mandela’s release was a huge front-page story. As President Obama said on Thursday evening, after Jacob Zuma broke the news that Mr Mandela had died, “he bent the ark of the whole universe towards justice”.

Even then, four years before he started to shape the destiny of a more inclusive, forgiving, inspirational South Africa, as its president, we were overwhelmed.

But just how big we could play the story would be dictated for us by significant regional events – developments to do with the LTTE in Sri Lanka. For India, these were obviously significant. The Times of India’s front page could not be given over to Mr Mandela‘s release from prison, even though it represented the start of a new age for South Africa.

Mr Mandela’s release was the sort of story that may, if you’re lucky, occur just once in a life – the chance to end the huge injustice of apartheid, forgive those who discriminated against others, set an example to us all of the best we can be.