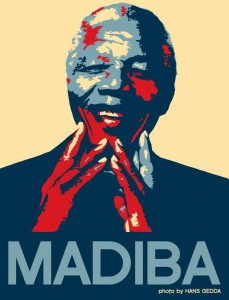 Today’s memorial service for Nelson Mandela is the red carpet of the political world. Those who attend matter. Or think they do. Or (and here’s the rub) they did once matter in some way and haven’t quite factored in their changed circumstances.

Anyway, here’s a useful guide on protocol, even for those of us not attending the Johannesburg event. With a little help from a knowledgeable reader, the inimitable Max Fisher of The Washington Post has put together a handy list of must-haves if you (or Sonia Gandhi) presume to call Mr Mandela ‘Madiba’, his traditional Xhosa clan name.

“It’s a term of endearment, respect and familiarity,” writes Mr Fisher, but before deploying the nickname, you should meet at least one of the following requirements. His reader offered 15 but Mr Fisher condensed them to just three:

1. You are South African

2. You were directly involved, from within South Africa, in the struggle to end apartheid (campus protests don’t qualify)

3. You had a close personal relationship with Mandela and visited him at least as frequently as did Bill Clinton.

That eliminates much of the world, particularly news anchors. If only they realized.