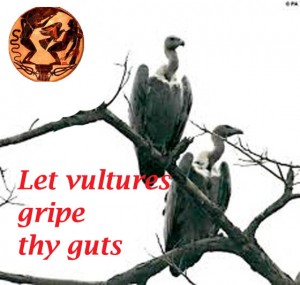 However nerd-like Kim Jong-un is occasionally rumoured to be, there’s something devilishly Elizabethan about North Korea in the 21st century. Consider the wording of the announcement that Jang Song Taek had been executed. Mr Jang, uncle of Kim Jong-un and once thought to have been the second-most powerful man in North Korea, was described as “worse than a dog, a traitor to the nation for all ages”. The Korean Central News Agency, which is the main news agency in those parts, added with ghoulish satisfaction that Mr Jang patronized traitors or “cat’s paws” and his “unpardonable thrice-cursed treason” had the people “hungering for justice”. The man himself, the agency said, was “despicable human scum”.

It is the sort of “flowery Shakespearean insult” that is loved by the North Korean ruling class, Owen Miller of London’s School of Oriental and African Studies tells the BBC. Korea expert James Grayson at the University of Sheffield, says the propensity to strong language is a psychological ploy “because this person was powerful and he has to be made to be the embodiment of all that is evil.”

What’s interesting is the thoroughness and care with which the strongly worded insults and heaping curses have been disseminated – in multiple languages – English, Korean, Spanish, Chinese, and Japanese. Even more interesting, says Isaac Stonefish over at Foreign Policy, is that “the Chinese and Spanish versions both contain additional information.” Spanish readers are told that Mr Jang purloined and blew nearly five million euros at a casino abroad, much of it at a foreign casino.

In other words, as the Bard would have it, he was