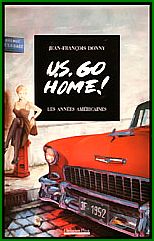 Hamid Karzai is not generally thought to be a man who listens to good advice but the Afghan president might do worse than take Hoshyar Zebari’s words at face value. As The New York Times reported on December 18, the second anniversary to the day that the last US troops left Iraq, the Iraqi foreign minister has advised Mr Karzai to sign the deal offered by the Americans. Or else. Après Americain, le deluge, he said. Or words to that effect.

Mr Zebari offered as a salutary example his own unquiet country. It enjoyed a brief nationalist glow and a warm and fuzzy sense of self-admiration as the result of booting the Americans out. This, by the simple expedient of refusing to sign the proposed Status of Forces Agreement. But today, Iraq is wracked by sectarian violence, so bloody it can only be described as hellish. Mr Zebari’s government cannot even secure Baghdad anymore and the future seems dark for a country with massive oil reserves, billions of dollars in oil revenue and well-trained security forces, Mr Zebari is understood to have told Mr Karzai.

As the NYT describes it, “the conversation was a resonant moment between two leaders at different points in their respective journeys – one pondering his country’s post-American future, the other contending with it. With the benefit of hindsight, Mr. Zebari reached out to a president he scarcely knew, seizing on their shared experience at the crossroads of American involvement in the Muslim world.”

More to the point, Mr Zebari is a seasoned politician, having been 10 years in the job. He has insight into the new world order, post-9/11, having identified al Qaeda in Iraq’s move to Syria as far back as July 2012. And he has a sociology degree from the University of Essex.

That, more than anything else, probably means he knew before he spoke what  effect his words would have on Mr Karzai.

“You see?” Afghanistan’s president is said to have bridled in conversation with Afghan officials after the meeting ended. “The Americans want this deal so badly they are even getting the Iraqis to pressure me.”