Everyone seems to love Uruguay now, and there’s a good reason for it 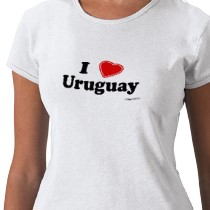 It was this remarkable story on President Jose Mujica (by Jonathan Watts, The Guardian’s Latin America correspondent, with whom I am privileged to work every now and then) that made me realize Uruguay must be a great country. Mostly because it had the good sense to elect a former guerrilla fighter who believes in redistributive justice and leads that process by living it. Mr Mujica, as Jon wrote, has “forsworn a state palace in favour of a farmhouse, donates the vast bulk of his salary to social projects, flies economy class and drives an old Volkswagen Beetle”.

Now, The Economist has named Uruguay “country of the year”, a first for both the newspaper or, it seems to me, any other publication. It says it decided on the new category “to redress the balance from the individual to the collective”.

It explains why in its trademark style. Eschewing econometric calculations (because “not every triumph shows up in a country’s balance of payments”) meant it could not opt for South Sudan (which had a 30% GP increase in 2013). So too Ireland, which survived economic trials or Estonia for the lowest level of debt in the European Union.  Ukraine was out of the question because there was some confusion about whether to evaluate governments or their people. This was the case with Turkey as well.

This reasoning led to the choice of Uruguay, as a country that accomplished what The Economist calls “path-breaking reforms that do not merely improve a single nation but, if emulated, might benefit the world.”

It’s not just about gay marriage and a law to legalise and regulate the production, sale and consumption of cannabis. It’s also the “man at the top”, no other than President Mujica, who was profiled so wonderfully by Jon Watts in The Guardian just last week. The Economist admiringly drew upon Jon’s story, praising Mr Mujica’s self-effacing frankness in referring to the cannabis law as an experiment. “Uruguay is our country of the year. ¡Felicitaciones!” it concluded.

It is enough to make one want to be re-born Uruguayan.