US foreign policy the Oprah way: Cheers to 2014,a chance to get it right 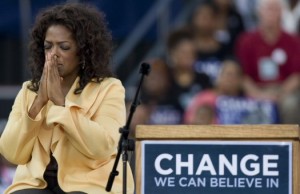 “Cheers to a new year and another chance for us to get it right,” everyone’s quoting Oprah Winfrey on Facebook. It’s a good line, a little like Ms Winfrey’s best shows, straddling the line between hope and guilt.

Oprah is often right about many things, which is why she is probably America’s only black billionaire, but this cheery self-help approach may not work for President Obama’s foreign policy.

As others have said, it’s been a particularly pallid year for US foreign policy, with the only big, if still uncertain, gains constituting a nascent lovefest with Teheran, a slightly less hostile Pakistan and a subtly balanced push-you-pull-you act with China.

Over at the Washington Post, Max Fisher gave US foreign policy 2013 a solid C, with the caveat that “foreign policy is really hard; that’s the thing to keep in mind.”

Yes, but why the US allowed the relationship Egypt to deteriorate to the point where it has neither leverage nor respect is unfathomable.

As has often been said, Russia and Vladmir Putin had the biggest foreign policy successes last year, bending countries and public opinion to their will and turning arguments around to suit Moscow.

But at least, the US is not involved in a trade war with China, hotter skirmishes in the Af-Pak region, an escalation with North Korea and unsustainable engagement in the Syrian theatre.