New year, old brutality in North Korea? Be careful what you read & believe 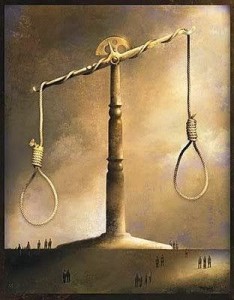 Kim Jong Un fed his uncle alive to 120 hungry dogs, according to multiple US outlets and the global jaw dropped at Pyongyang’s apparently blatant demonstration of barbaric tendencies. So said the head-shakers.

But right on cue (Kim Jong Un should love this man), the Washington Post’s Max Fisher weighed in and by golly, he makes sense. He explains why the story probably isn’t true using arguments that are persuasive, if mainly of the “dog-that-didn’t-bark-in-the-night” variety.

First and foremost the source is dodgy. Mr Fisher says the Hong Kong newspaper Wen Wei Po that originally made the claim, is considered “an unusually unreliable outlet” in a region stuffed full of sensationalist media outlets

The rest of the Chinese media has stayed away from the story, a good indication that Beijing doesn’t believe it

So has the South Korean media, despite being generally ready and willing to pick up stories or rumors that portray North Korea in a negative light, even if they can’t be verified by two sources

The “predominant” version of Uncle’s death is plausible enough, in that he was said to have been executed by firing squad.

Mr Fisher quotes satirist Karl Sharro’s question about the claim that 120 dogs ate Uncle Jang Song Thaek. “…who has time to count dogs at a time like that”, admitting handsomely that this is no reason to disbelieve the dogs-eating-traitors story “but it was too funny not to include.”

Finally, but more crucially, he addresses the real question – “why are so many people – and so many major US media outlets – still willing to treat this implausible story as plausible?”

Answer: Because much of the world, and more specially the US, knows so little about North Korea that it’s willing to believe almost anything.